France: a yacht confiscated from a friend of Putin 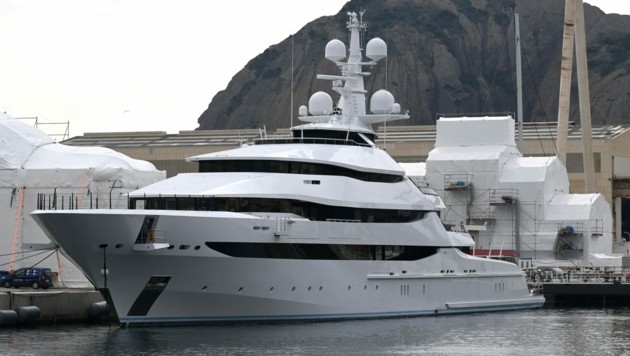 As part of EU sanctions against Russian oligarchs or people associated with President Vladimir Putin, French authorities have so far arrested or confiscated four merchant ships and a yacht – including the luxury vessel belonging to the friend of Putin and oil oligarch Igor Sechin. The EU has even set up a special unit to deal with the assets of the oligarchs.

On Thursday night, the boat Amore Vero, which had been assigned to Putin’s close ally and CEO of state-owned business Rosneft, Igor Sechin, through a stock company, was seized. According to the report, one of the merchant ships was also seized. The other three freighters were simply detained, according to the Paris Ministry of Finance, as published by the French daily newspaper “Le Monde” on Friday.

Attempts by ships to leave the waters

Goods from people on the EU sanctions list can only be confiscated if the law has been broken, according to the Treasury Department. As a result, the yacht desired to circumvent customs. The seized merchant ship attempted to exit French territorial waters.

According to the ministry, sanctioned persons have had to expect their property to be “frozen”. That would mean they remain owners but are not allowed to sell or rent properties or boats. They are working with the Ministry of Justice to sharpen the options for confiscation.

The EU has even set up a task force to track down the assets of Russian and Belarusian oligarchs who are financing the war in Ukraine. EU Justice Commissioner Didier Reynders said on Friday after a meeting of EU justice ministers in Brussels that the unit should freeze and confiscate property along the lines of the US model. Those oligarchs who are illegally active in the EU should also be tracked down. Reynders also stated that EU member states wanted to share evidence of Russian war crimes in Ukraine to prevent impunity. Testimonies, films, and other evidence should be preserved in a database that is accessible from anywhere. The International Criminal Court, as well as the EU member states, should gain from this.

After a bowling alley dispute, the mother of one of Young Thug’s children was killed.